e had a really fun and relaxing Fourth of July weekend. I got some yard work done, completed a few easy projects in the house but the rest of the weekend was spent hanging out and watching movies.

Friday morning I mixed up a pretty good sized batch of gazpacho soup, then Friday afternoon I made a big bowl of my mom’s famous potato salad. It was great having those two cold sides all ready to add to our main dishes (rotisserie chicken and steak) and hot sides (brown sugar and hickory baked beans and garlic grilled veggies).

We watched several Kaiju movies Friday and Saturday during the marathon on the El Rey Network.

During our 4th of July dinner we watched a James Bond movie, Thunderball.  I picked this one mostly because we had just watched a wonderfully awful movie on Mystery Science Theater 3000 that kind of referred to this one a bit.

The following is from TV Tropes.org**

Originally titled OK Connery and later released  in the United States (1967) as Operation Kid Brother, Operation Double 007 was an attempt to cash in on the popularity of the James Bond movie series.

It was a fun and relaxing weekend. Looking forward to the rest of the summer and more good times.

It’s summer and as I’ve mentioned before it gets pretty hot in Arizona. We actually had a Heat Advisory Warning that started last Thursday and expires today. In an attempt to avoid the stifling heat I have been working on different projects, some sorting, sewing and some other miscellaneous craft projects. While I worked on the projects I wanted to have something I could watch. I was looking for something good but not too riveting.

I was flipping through Netflix and after some deliberation picked a show I watched sporadically during it’s first run. Murder, She Wrote.

so glad that I did. I am totally hooked on this show. I mean, it’s Angela Lansbury, she is amazing and so very charming. The writing is really good and the show holds up really well. There aren’t any cell phones and computers have been featured or mentioned maybe three times, at least so far, I’m about halfway through the third season.

I think my favorite part of watching the old episodes is seeing so many great guest stars. A lot of the guest stars were stars of their own shows many years before like, Chuck Connors from The Rifleman, Forrest Tucker from F Troop, Noah Beery from The Rockford Files, John Astin from The Addams Family, and nearly the entire cast of WKRP in Cincinnati (except Loni Anderson and Tim Reid). Not to mention recurring characters like those played by Tom Bosley, Jerry Orbach, William Windom, Julie Adams and Ron Masak. 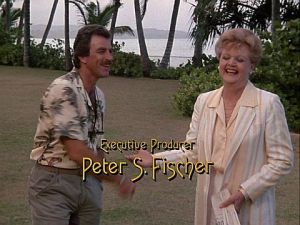 I’ve now gotten the entire family hooked on watching. We just watched a cross over between Magnum P.I. and Murder, She Wrote (MSW). The first part was the Magnum P.I. episode “Novel Connection” and the second part on the Murder, She Wrote episode “Magnum on Ice”. It was great seeing the crossover and we’ve already talked about watching Magnum P.I. once we’re done with MSW.

I’m adding this last image because it made my daughter laugh, well, me too.

My daughter’s bestest bud from Hawaii was in town visiting family, and they invited us along on an overnight trip to Flagstaff. 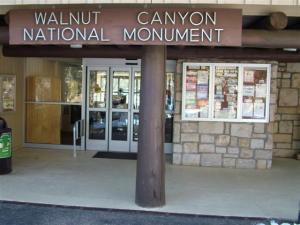 We hiked one of the trails at the Walnut Canyon National Monument. The Island Trail is a loop that takes you right past and even throughsome cliff dwelling rooms/ The loop is only a mile long but is a bit strenuous due to an altitude of 7,000 feet and the 185 foot vertical descent into the canyon, and the return ascent. It’s a great hike and even though I nearly died on the way back up the stairs I had a great time.

We had fun shopping at Heritage Square.

Saying hi to the carriage horse.

We saw this cute Airstream trailer at The Big Heap Vintage, Antique and Handmade Design Festival. There was a lot of groovy stuff at the festival like antique furniture, pretty ironwork, vintage trunks and suitcases. There was some beautiful handmade work too, there was a booth with Steampunk fashion, including some niftyhats and jackets. Another booth had some really intricate wire and resin butterfly jewelry.

This is pretty much how things went today. 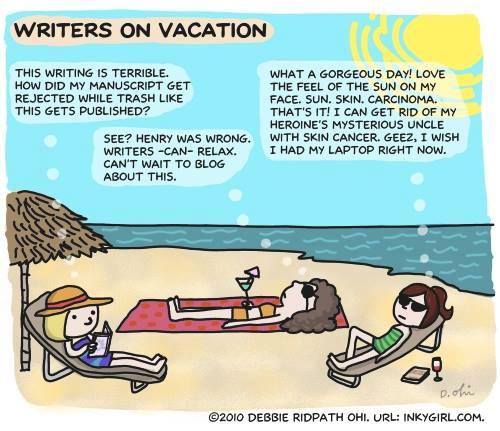 And here I am blogging about it.  🙂

For the past two weeks I’ve been working fairly non-stop on a redecorating project.  Today though, I needed a break and needed to laugh.  My choice was to watch Simon Pegg’s Cornetto Trilogy of movies.  We started with Shaun of the Dead, continued with Hot Fuzz and finished the it off with The World’s End.  I’ve seen Shaun of the Dead and Hot Fuzz several times before and totally loved them.  I was not disappointed with The World’s End, it was more of the same funny action and adventure.

It was a well needed break and I am really thankful.  I am ready to get back to my project and everything else that needs to be done this week.  Here’s hoping everyone has a successful week!